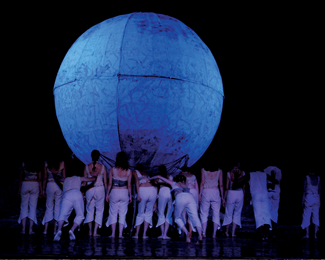 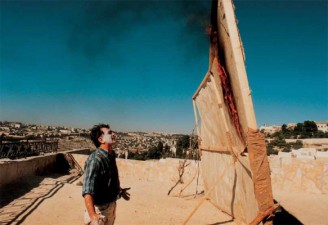 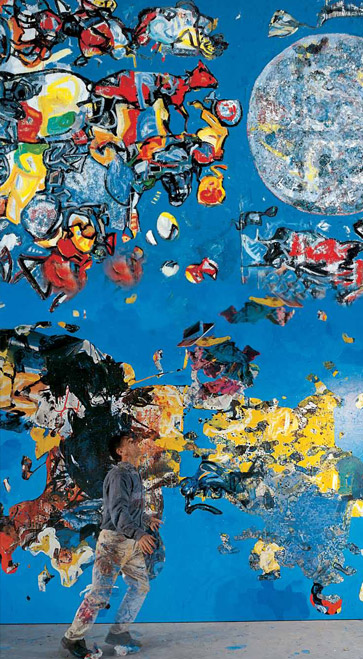 Viewers, listeners and readers,
you are present on the day of wisdom,
before you Plato is seated on the throne
of the State,
Shakespeare rhymes with Hamlet on the wall,
Goethe christens his devil Mephistopheles,
Sophocles weeps at Antigone’s birth,
Pushkin challenges the Captain’s second daughter
to a duel,
Mozart using a lexicon studies the word note,
Camus encounters the Outsider in himself…
Viewers, listeners and readers,
around all these acquaintances of ours,
immortal mortals and mortal immortals
who live and die by their own and others’ wills
please resurrect the applause
of the public in front of all the microphones
and fraudulent charts…
Viewers, listeners and readers,
literate and illiterate alike,
teachers, professors, deans,
secret agents, spies and generals
you are the living participants
in the greatest sensation,
you can see for yourselves
that everywhere the halls are packed -
in cities, on mountains, on oceans,
and the cosmos has hired out its auditoriums -
the halls of speech, of laughter and of ridicule,
all the halls on the sun are packed,
and all the halls in every constellation too,
every star has sent its representatives,
chroniclers, reporters, correspondents,
every black hole has sent its representatives
only the meteors will be in the role of observers.
We are all waiting, they are all waiting
while the temperature rises,
cyclones, hurricanes, typhoons,
we all want, we all desire
wisdom’s representatives to say
something …
Plato has split into three parts,
Shakespeare has become a brick in Hamlet’s wall,
Mephistopheles devilishly exiles Goethe to hell,
Pushkin is mortally wounded in order to win
the heart of the captain’s third daughter,
Antigone is transformed into the board of a stage
at Sophocles’ tomb,
Mozart’s dead body has been thrown
like musical dust into an unknown grave,
Camus did not know whether it was worse
to be a Plague or an Outsider…
But the representatives of all the planets,
stars, meteors and comets,
black holes and atoms
were impatiently awaiting the word of wisdom:
they were born, they lived and multiplied
without knowing what death is,
so much did they want wisdom to speak out,
but wisdom lived out its own life
easily, joyfully and thoughtfully,
it was a light
that was travelling timelessly into eternity.